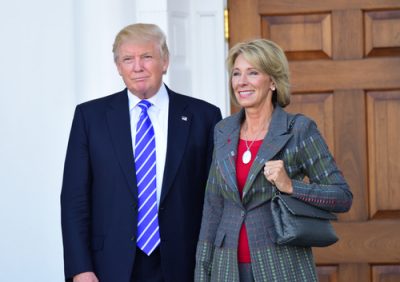 I have spent the last two weeks mulling over some fundamental questions surrounding the Title IX debate. Is the system broken? Did the Obama-era OCR need to release the 2011 DCL and take the subsequent enforcement actions? If flaws did exist, did DeVos need to rescind the 2011 guidance? And did the new 2017 guidance really change anything?

I vividly remember the day OCR released its 2011 Dear Colleague Letter. As in-house counsel, I attended webinars and call in sessions to learn all I could about what the guidance meant for campuses going forward. The next 6 years were challenging and full of growing pains as campuses across the country adjusted. A good deal of the discomfort was a result of OCR’s dogged enforcement of the guidance as more and more institutions found themselves at the center of federal investigations.

Initially, I did not particularly care for the way the guidance appeared into existence. College administrators did not care for some of the new obligations imposed on institutions, seemingly overnight. Not because they did not care about sexual assault but because it meant more work for those with an already full plate with no additional resources. There was also confusion because certain portions of the guidance were murky. Sitting side by side with administrators in real time, I too struggled with the best way to advise my client in complying with the guidance, rectify the lack of man power and resources to meet those requirements and support the parties in process. As a lawyer it seemed simple but in practice it was not simple at all.

Despite my initial reservations, looking back I can say that the guidance was necessary. The guidance alone though would not have been the wake-up call needed for institutions to implement the necessary changes in cases of sexual misconduct. More importantly, it would not have been enough for institutional leadership to take notice and provide additional resources to middle management to implement the changes (something that is still a struggle for many institutions). The guidance, without the enforcement, would never have effectuated change. Ask yourself this. From the 2001 revised guidance that is now the “go to” guidance of today’s OCR (which reiterates the implementing regulations requirement that campuses must have a designated Title IX Coordinator) through 2011, how many campuses had designated Title IX Coordinators? And if they did have a designated Title IX Coordinator, did the position look like it does today?

Are the systems that have evolved out of the 2011 prior guidance a failure? Certainly not. Reports of sexual misconduct are up. Awareness of the issue is up. Media coverage of this epidemic is up. Support for victims of sexual assault has increased. We are all more educated on the devastating effects of sexual assault. All positives. Nonetheless it is still the most unreported crime which tells us something about leaving this issue to the criminal justice system.

Did those systems fail complainants or accused students at times? Most likely. As institutions have implemented the guidance and determined best practices for their campuses mistakes have been made. I agree that is very unfortunate; however that does not mean the system as a whole has failed or that colleges are now running “kangaroo courts” as described by DeVos. Rather, administrators are spending time educating themselves on their professional and institutional obligations and working tirelessly to ensure that these matters are handled fairly (to both sides) and professionally to arrive at the right result and to maintain a campus culture free of sexual assault.

Suffice it to say I describe the campus systems that have emerged to handle matters implicating sexual misconduct as a work in progress. Thus, rescinding the guidance was not necessary but a change in OCR’s posture is due. Would colleges enjoy a working relationship with OCR versus a punitive one? Of course. Would colleges benefit from more clarity on some of the inconsistencies with the prior guidance and VAWA? Sure. Is there room for some additional clarifying guidance? You bet.

So here we are with a new guidance in place and proposed regulations on the horizon. If the new guidance is any indication of things to come my prediction is that it will not dramatically change the important work campuses are already doing in this area. All of the statements and “changes” by the Trump administration are keeping this issue in the national spotlight and I will admit there are positives in that. It is also creating chaos in an already complex area and turning a very serious issue in to a political battle. That is very unfortunate. Regardless, institutions of higher education have an opportunity to have a voice in how these matters are handled at the campus level and they must capitalize on that opportunity. This will hopefully close the gap that has existed in this area between new federal mandates/enforcement and the realities of implementation on the campus level and continue to promote a safe living and learning environment for college students.

Courtney Bullard is a former System attorney and the head of Institutional Compliance Solutions, a division of a law firm. ICS provides a full range of legal and consulting services for institutions of higher education, including assistance with claims of sex- and gender-based discrimination and harassment. We partner with institutions to defend Office of Civil Rights and other federal investigations and litigation. Our services expand to representation in any legal matter faced by institutions. Contact us for more information on ICS’ services.