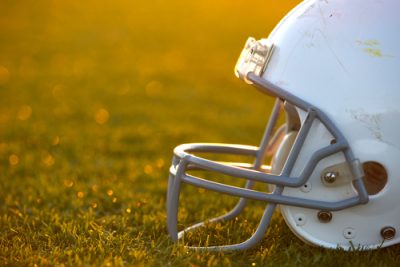 Baylor University’s board of regents recently announced its intent to terminate its head football coach, sanction and place its athletics director on probation and re-assign its university President in the wake of the results of an independent investigation into its handling of sexual assault cases. Thereafter, the athletics director resigned. This investigation followed allegations that the football program mishandled several cases of players sexually assaulting women. The independent investigation revealed a “fundamental failure” by Baylor to implement Title IX and VAWA, concluded that Baylor’s efforts to implement Title IX were “slow, ad hoc and hindered by lack of institutional support and engagement by senior leadership,” and found “failings within the football program and Athletics Department leadership . . . to take action in response to reports of sexual assault by multiple football players,” among other things. These findings, Baylor’s response, and the resulting media coverage serve as some good reminders and lessons learned for institutions.

Times, They Aren’t A Changin’

The Office for Civil Rights released its Dear Colleague letter in 2011 outlining the responsibility of institutions in preventing and responding to reports of sexual misconduct on campus. Thereafter additional guidance and authority were released as well as VAWA. Over this time period, media coverage of these issues on college campuses has increased, lawsuits have been filed alleging failures by institutions to handle reports of sexual misconduct appropriately by both complainants and respondents, and an entire industry has resulted in response to the need for institutional compliance efforts. Television shows and news programs have created specials on these issues, especially within athletics programs. Despite all of this, Baylor’s findings demonstrate that there is still a lot that has not changed and institutions continue to be slow and disjointed in their compliance efforts. Baylor highlights the need for all institutions to make compliance efforts a priority in a meaningful way that has the support and backing of the institution’s leadership.

Utilize this opportunity to ensure your campus is appropriately engaging in compliance efforts. As the report aptly points out, sending employees to a training, designating a Title IX Coordinator, and implementing campus-wide training, for example, are not sufficient without a proactive compliance approach that has appropriate support from institutional leadership. Moreover, these efforts, without a realistic understanding and review of institutional policies and the duties of these positions, will not be sufficient. All it takes is one mishandled complaint for your institution’s compliance efforts to be in the spotlight. Are you ready?

The result of leadership not adopting a compliance mentality is fruit basket turnover. Once inefficiencies and failures are discovered, leadership terminations and resignations abound. The failure of Presidents, Chancellors and upper management to make Title IX compliance a priority becomes career suicide. Careers spanning decades, with worthy accolades and achievements, are destroyed. Baylor’s board of regents made difficult but necessary personnel decisions with respect to leadership which should be a lesson to leadership at all institutions that taking an ad hoc, uncoordinated, slow approach to compliance will simply not be sufficient and will end up being the unfortunate legacy of an otherwise distinguished career.

Baylor’s actions hopefully indicate a climate change in collegiate athletics that is reflective of the public’s expectations of colleges and universities in managing complaints of sexual misconduct. More importantly, it also serves as a reminder of how these types of failures by institutional leadership can gravely impact victims of sexual assault.

Baylor’s approach highlights the need to engage an external investigator in certain cases such as those involving an alleged culture of behavior, especially in athletics, claiming deliberate indifference by an institution, and involving sensitive situations implicating high level employees. Campus investigators who are appropriately trained are necessary to handle most campus investigations into allegations of sexual misconduct; however, as noted in the report, those investigators are employees of the institution with a full workload and the struggle to balance other work demands. In addition, these employees can find themselves in a difficult situation, with findings of their investigations challenging their loyalty to the institution and/or a supervisor, creating a disruptive work environment or even threatening their employment.

Engaging a qualified external investigator to conduct an unbiased investigation at the outset is worth its weight in gold. They will tell an institution what it needs to hear, not what it wants to hear, by virtue of their role. It is imperative that the investigator is qualified. That person or their team should be well versed in Title IX, VAWA and related federal regulations, trauma-informed and adequately trained and experienced in these types of investigations. An investigator needs to move quickly and efficiently and if there is a need to learn the law in addition to conducting the investigation, time and money are already lost. The investigator also needs to understand institutions of higher education. Conducting an investigation in a workplace and on a college campus is not an apples to apples comparison. Hiring someone who understands the dynamics of a campus will only assist in an efficient but thorough investigation.

Baylor’s findings should encourage your institution to be self-reflective and self-critical in analyzing where you stand in compliance. Learn the lessons now, instead of through trial by fire when a situation hits your campus, so that your campus is legally compliant and, most importantly, your students have a safe learning environment.

ICS provides a full range of legal and consulting services for elementary and secondary schools and institutions of higher education with a specialization in compliance. We partner with school districts and institutions to assist with campus-specific training and policy drafting and review, conduct independent investigations, and defend Office of Civil Rights and other federal investigations and litigation. Our services expand to representation in any legal matter faced by institutions. Contact us for more information on ways that we can assist your campus in its compliance needs.