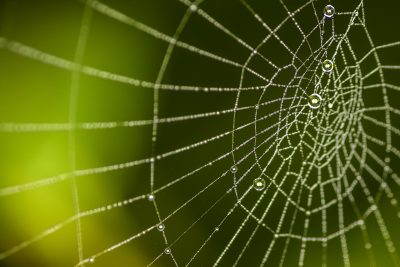 As an attorney who specializes in Title IX compliance, and works in the area of sexual misconduct both in the workplace and education environments, I was glued to the TV watching the live testimony from both Judge Brett Kavanaugh and Dr. Christine Blasey Ford and the subsequent press coverage. I am going to refrain from providing the background behind what brought America to this moment in detail because it has been so widely covered by the media. What I am struck by are the similarities, the common threads, between the testimony in the senate hearing and campus proceedings involving allegations of sexual misconduct.

Requests for Confidentiality. The concern over honoring requests for confidentiality by accusers is one that has been addressed by the OCR regulations and widely debated. Dr. Blasey Ford requested confidentiality when she brought forth the allegations to her state senator. This is something that colleges, specifically Title IX Coordinators, regularly face. The balance between honoring the request of the accuser, and doing what is in the best interest of the campus at large, can be very difficult.

Holding Information. Senator Feinstein attempted to honor Dr. Blasey Ford’s request for confidentiality and is under fire as a result of that decision. Campuses face the issue of which employees may hold reports confidential, whether a confidentiality request should be honored in light of campus safety concerns, and so on. At the core for an institution is when it is “on notice” of an alleged incident so that it can appropriately respond – just as is happening with the allegations against Kavanaugh.

Delays in Reporting. This is a question I ask complainants as an investigator on cases where there is a huge delay in reporting because it simply must be asked. Ultimately, many perceive a delay as an indicator that what has been reported is not true. That is just not the case. All of the reasons that there are delays in reporting were well articulated by Dr. Blasey Ford in her testimony and all of those reasons are being painfully played out through attacks on Dr. Blasey Ford and her family. On the flip side, many feel that she was reckless in coming forward and “ruining Judge Kavanaugh’s life” over events that may have happened over 30 years ago.

Polar Opposite Accounts. So often the accounts of the accuser and the accounts of the accused are drastically different, just as we have here. An accuser tells his or her truth that they were sexually assaulted. The accused states s/he (1) was not there that evening, (2) was there but did not engage in any type of sexual assault, (3) the sexual act was consensual, and/or (4) s/he would never engage in that type of behavior and here are a slew of character witnesses to support that notion. Campus administrators regularly are faced with radically different accounts of the incident that must be reconciled. When there is no evidence, and no eye witnesses, they must make a credibility determination. It is evident from the debates going on across America that the question of which party is more credible is not an easy one.

Real Emotion. Both Judge Kavanaugh and Dr. Blasey Ford displayed very real, raw, emotion. These matters are highly emotional. For the parties involved, of course, but also for the investigators and decision makers. Consider the reaction of Americans, which is deeply divided, to the testimony from both parties. Also consider Sen. Flake’s wavering on whether to proceed with a nomination or delay it to allow for an FBI investigation.

Perception of “sides.” There were a lot of questions by Republicans who support Judge Kavanaugh regarding Sen. Feinstein providing assistance to Dr. Blasey Ford with obtaining counsel. So often any action taken by an institution to “assist” one side or the other, typically through various interim measures, is seen by the other party as taking sides. Typically those beliefs mushroom in to a conspiracy theory type belief against the institution.

Fairness Questioned. What is a truly “fair and balanced process?” How do you balance respecting the accuser with the rights of the accused for a fair hearing. All hard questions that do not have clear cut answers.

Lawyering Up. The number of lawyers involved outnumbers the parties involved. Enough said there.

Implications of the Outcome. During the Kavanaugh hearing you heard folks on both sides of the aisle very concerned about the implications of the outcome of this proceeding. Will it have a chilling affect on victims who will not want to come forward if he is appointed? Will it cause false allegations to come forward with wild abandon that will ruin someone’s life/career? Is this proceeding really fair to either party? In the college setting these same concerns are debated with that debate played being played out in the courts and coming to a head with new proposed regulations on the horizon from OCR.

Doing Their Best. This stuff is hard, heart breaking, and difficult. Everyone making the ultimate decision as to whether an accused is responsible or not is doing their best to arrive at the right decision. As an external investigator and/or an attorney advising on cases, I can say without question that I have had sleepless nights over cases. I have no doubt the senators involved have done the same (although I fully recognize how politicized this has become). I can speak from experience, working hand in hand with administrators facing these issues, that they take them seriously, they are doing their absolute best be fair to all members of their campus in these processes, and that they are diligently working to come to the right conclusion.

No One Wins. It is often said that these are loose loose situations and that is true. No one “wins.” No matter the outcome, one side or the other is upset and disagrees with the result. Both parties are forever impacted.

To those on the ground who conduct campus investigations each day, the Kavanaugh hearing is a public, albeit politicized, example of the difficult work that you do. This stuff is not easy. It is not black and white. There is not always one way to do it to get it right. It is unfortunate on so many levels that the Supreme Court nomination has come to this and that allegations of sexual misconduct have been politicized in this way, but it gives the pubic a glimpse in to the day-to-day challenges campuses face in responding to allegations of sexual misconduct. It will be interesting to see how the new proposed regulations from OCR shake out – and whether they provide any more clarity for college campuses in their compliance efforts.

Courtney Bullard is a former System attorney and the head of Institutional Compliance Solutions. ICS provides a full range of legal and consulting services for institutions of higher education, including assistance with claims of sex- and gender-based discrimination and harassment. We partner with institutions to defend Office of Civil Rights and other federal investigations and litigation. Our services expand to representation in any legal matter faced by institutions. Contact us for more information on ICS’ services.