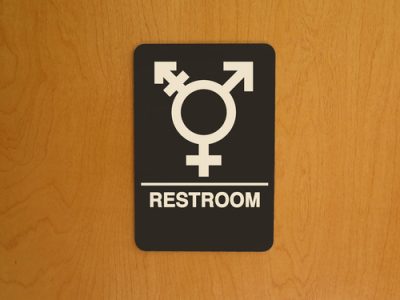 In yet another development in transgender law in public schools, a federal judge in Texas has blocked the Obama administration from enforcing new guidelines that were intended to expand restroom access for transgender students across the country. The district court judge found that the government had not complied with federal law when it issued “directives which contradict the existing legislative and regulatory text.” The underlying case was brought by officials from more than a dozen states and is considered a victory for social conservatives in the battle over restroom guidelines and the rights of transgender people to use public bathrooms consistent with their gender identity.

The impact of the ruling, however, is unclear and most likely limited. More senior courts in other regions have agreed with the administration that transgender students and workers are protected by existing laws against sex discrimination and their decisions are not altered by the Texas ruling. The decision also will not necessarily affect the outcome of other current cases, including one in North Carolina where a federal court is weighing similar issues in suits brought by civil rights groups and the Justice Department seeking to block a state law requiring people in government buildings, including public schools, to use bathrooms that correspond to the gender on their birth certificates.

Adding to the uncertainty, the United States Supreme Court has temporarily blocked a decision by the Fourth Circuit Court of Appeals that required a school district in Virginia to allow a transgender boy to use the boys’ bathrooms. The Supreme Court issued a temporary injunction until it decides whether to hear the case, which may be this fall.

What is certain is that this area remains uncertain as it plays out in the court system, leaving institutions and school districts with unclear and inconsistent guidance on how to handle requests for access to facilities from transgender students. Institutions and school districts must take a cautious and deliberate approach to these issues as this new area of law continues to develop.

You can read the federal Justice and Education Departments letter to public schools stating that transgender people should be free to use bathrooms and locker rooms that match their gender identities here.

ICS provides a full range of legal and consulting services for institutions of higher education, including assistance with claims of sex- and gender-based discrimination and harassment. We partner with institutions to defend Office of Civil Rightrs and other federal investigations and litigation. Our services expand to representation in any legal matter faced by institutions. Contact us for more information on ways that we can assist your campus.